Words and language are one of the most powerful tools man has ever created.  When used properly, they can bring people together. They can unite and inspire whole communities to do great things. They can help us spread world changing ideas from one people to the next, and from one generation to the next.
They can also be used to do great harm.  They can be used to control or mislead people.  They can be used to create barriers designed to divide people into different classes based on nothing more than how those people speak.
Some people do this by creating our own languages, rich with secret words and meanings that only those indoctrinated can decipher.  They can create a velvet rope that keeps those uninitiated in their secret meaning out.
It is why it is so important that we constantly explain important words and the ideas they stand for so that they are open to everyone throughout the ages.  Only then can we be sure that everyone benefits from the ideas those words represent.  You see, ideas are power, and great ideas should be used to empower everyone, not to laud power over them.
In some ways, dharma is such a word.  It holds the key to a very powerful idea that anyone can use to gain happiness and so much more.  But to those uninitiated, it can pose a mystical barrier to their personal growth.  Which is why it needs to come out of the shrouded mystery of language so that anyone can bask in the idea behind it.
Today, dharma has many meanings to many people.  To some it refers to someone’s life-path, or their lifestyle.  To others it has a karmic overtone that implies doing the right thing.  To others still, it refers to the truth - or the true path for someone to stay on.
I refer to it as the Simple Truth.  And yes, while there are some simple truths that everyone abides by [thou shalt not kill], one's dharma is different for everyone.  It is, in effect, the essence of your being that you need to be true to if you want to be happy and live the life you love. This is how Krishna referred to dharma in the Bhagavad Gita.  In this ancient text, Krishna tells a warrior, "better your own dharma badly performed than the dharma of another done perfectly."
What he is basically telling this warrior that it is better to follow your true calling even if it means killing others during battle, than to try and be something you are not.  It is better to be true to yourself and do wrong, than to be untrue to your own nature and do right.
Now, I do not think Krishna, nor anyone, thinks that killing is okay. Nor do I think that anyone is promoting the idea of living anything other than a compassionate life.  But I do think that this is still wonderful advice to those who want to be happy and life a life they will truly love.
To be clear, the idea of being true to oneself is not just a Buddhist one.  It has been echoed throughout the years by great minds the world over.   Shakespeare wrote it into Hamlet when Polonius said, "This above all.  To thine own self be true."
Richard Bach said it when he wrote, "Your only obligation in any lifetime is to be true to yourself."
So whether you refer to it as dharma, or being true to yourself, or finding and following your own Simple Truth, remember that the important part is not the words, but the idea behind the words.
So find your dharma, find your own true self, find your own Simple Truth.  Just make sure you share that knowledge in whatever language others are comfortable hearing it in.  For that is what will make you happy, and will enable you, and everyone, to live the life each loves.
simple truth
Posted by Cannon at 11:33 AM No comments:

Sometimes you read something, and there is just no way to improve upon it.  I had that thought when I read this quote from Steve Jobs.
"Your time is limited, so don't waste it living someone else's life.
Don't be trapped by dogma - which is living with the results of other people's thinking.
Don't let the noise of other's opinions drown out your own inner voice.
And most important, have the courage to follow your heart and intuition.
They somehow already know what you truly want to become.
Everything else is secondary."
Posted by Cannon at 7:31 AM No comments:

This morning, as with all mornings, I poured myself a cup of tea from my teapot. It was a lapsang souchong - a smoky tea that is soothing but also a strong cup of wakeup. It doesn't just sit there. It pulls you into your day. 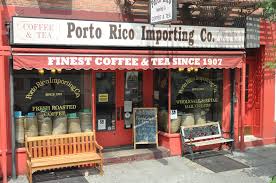 After the first few sips, I began to meditate on my tea and my morning ritual.  It was not just me waking up and getting a cup of tea.  It was a ritual that I have built over time.  I thought about what went into this pot of tea I was enjoying.  It was more than just tea leaves and water. There was a whole ceremony around my morning tea that has become a welcoming experience.


Part of it started months ago when I bought a new teapot. I took my time to find just the right one -  simple and white so as not to distract me and not to take away from a peaceful morning.  It has just the right kind of strainer that I enjoy. Not so fussy as to require straining with every cup, but requiring that the strainer be cleaned between each pot. The spout is just above the water line so that water doesn't pour out when I overfilled it, as I am want to do. The tea itself was picked from a larger metal canister weeks ago from my favorite coffee and tea store - Porto Rico Importing Company. Between pots it sits in a small, double lidded metal canister to keep it fresh. 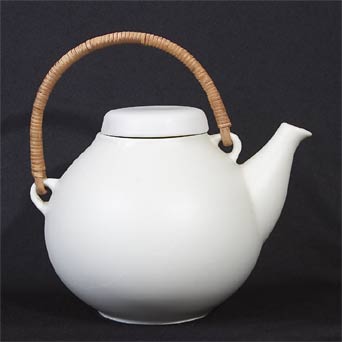 Each of these things reflects a side of me, the practical and the dreamer.  Each of these is now a part of my morning tea experience. It was cultivated from trying different pots and cups and teas.  Until I found what works for me.  The fact that I use my wife's coffee measure, only filling it three-quarters of the way full, is the result of experimenting until I found just the right level for a good pot of tea. It is also a small symbol of us, instead of just me.

You see, my cup of tea is not just the act of me pouring out tea from a pot. It is the result of trying something - tea - and then refining it for my own personality.  My own Simple Truth, as it were.


That is how life is.  It is about learning from someone else, then adapting it for yourself.  It is about not changing who you are inside, but constantly adapting and evolving to the universe around you.


That is how we grow, while still staying true to our own Simple Truth.
Posted by Cannon at 6:23 AM No comments:

Cannon
Until the end of 2009 I had been a fast-track entrepreneur with a portfolio of successful businesses. I produced documentaries, ran agencies and started several companies. I published two books with McGraw Hill. All of that came to a crashing halt at the end of 2009. when I woke up on a hospital bed with not one, but seven tumors fighting with my brain for space. They ranged in size from a small pea to a large tangerine and most likely the result of a combination of stress, diet, and a 24/7 workaholic lifestyle that, while getting me ahead in business, was literally killing me. In thirty days I had to make several life changing decisions. In less than a month, I let my staff go, released my clients from their contracts and closed my business. I also closed my old life. After a ten hour surgery I spent four months watching my brain reboot itself. I learned firsthand how the brain was wired and how it could be rewired through meditation and mindful living. One year after my surgery my doctor told me the last tumor had miraculously stopped growing. How is part of my own Simple Truth and a reminder of impact that meditation and mindfulness can have on your life.